Double diabetes is defined as the presence of insulin resistance in patients with T1DM and is frequently associated with multiple complications. Here we present the case of a man with recurrent finger infections leading to multiple amputations.

A 61 year-old retired ambulance officer presented with progressive blistering and necrosis of his finger-tips leading to deep fissures and loss of fingernails dating back to the mid-2000s. He has a history of poorly-controlled T1DM, diagnosed in 1991, with severe insulin resistance and obesity complicated by retinopathy, nephropathy, peripheral neuropathy and ischaemic heart disease.

He developed multiple episodes of finger osteomyelitis leading to recurrent hospitalisations for debridement and termination of fingers. However, his feet have been spared with no history of infection. Microbiology has grown Streptococcus and Staphylococcus spp, diptheroids and C. albicans. Staining and culture for mycobacterium have been negative. Histology has shown ischaemic necrosis with associated inflammatory changes. Biopsies have not demonstrated any evidence of vasculitis or Sweet’s syndrome. Extensive investigations involving a full vasculitis screen including cryoglobulins and porphyria work-up have failed to elicit an underlying cause of his recurrent blistering disease.

Whilst an in-patient he was noted to repetitively pick and mouth his fingers and when questioned his wife reported that “he is always picking his fingers”. He acknowledged this behavior but was unable to stop. He previously refused psychiatric referral but recently agreed and was diagnosed with Excoriation (skin-picking) disorder. He has declined any psychotropic medications to help with his behavior and did not want to continue seeing a psychologist. Regular use of gloves was of some benefit.

Excoriation (skin-picking) disorder is cateogorised in DSM-5 under obsessive-compulsive and related disorders1. In this case, the habitual skin-picking has provided an entry for pathogens and combined with poorly-controlled T1DM has led to severe and debilitating recurrent infections. 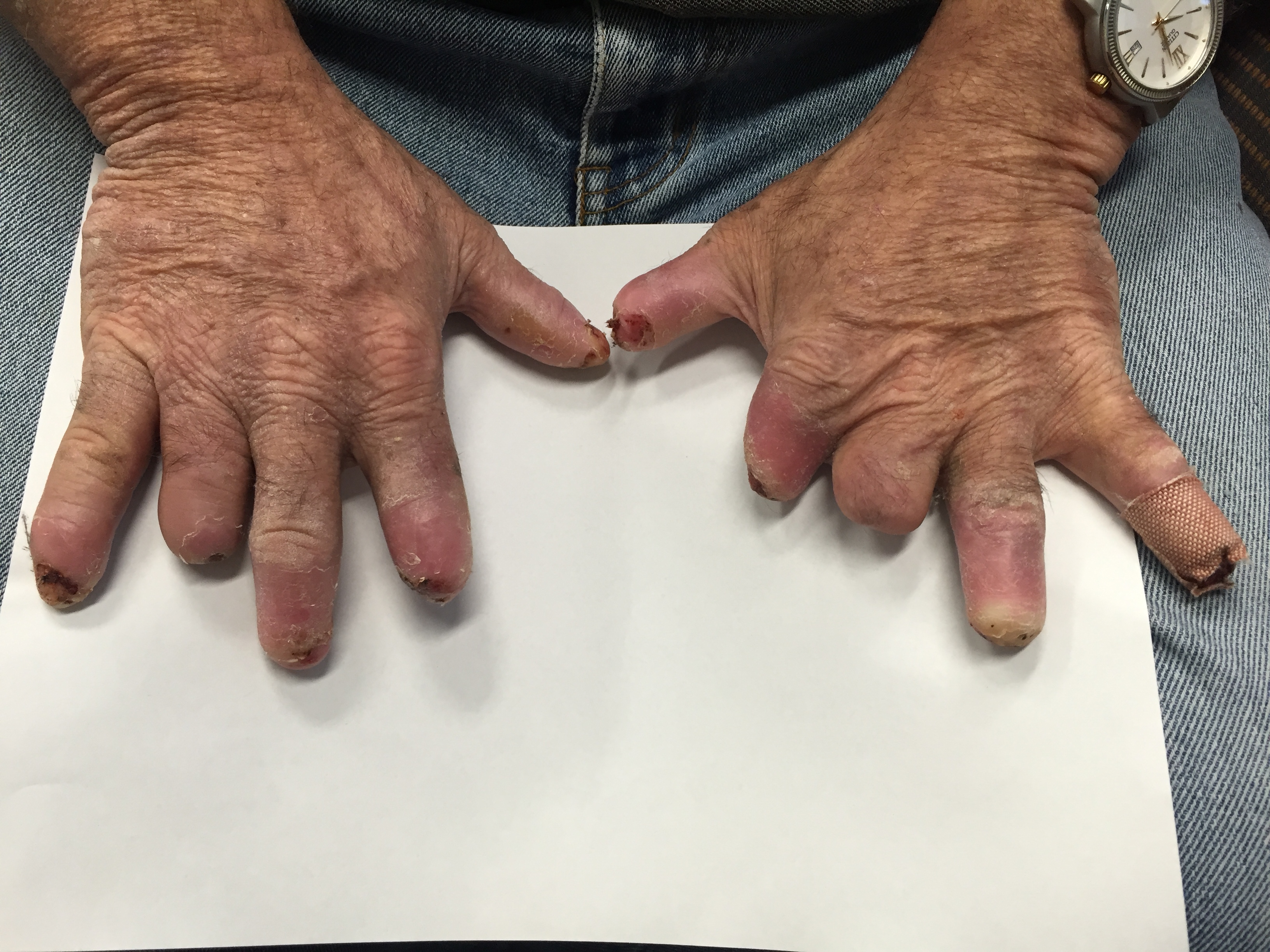 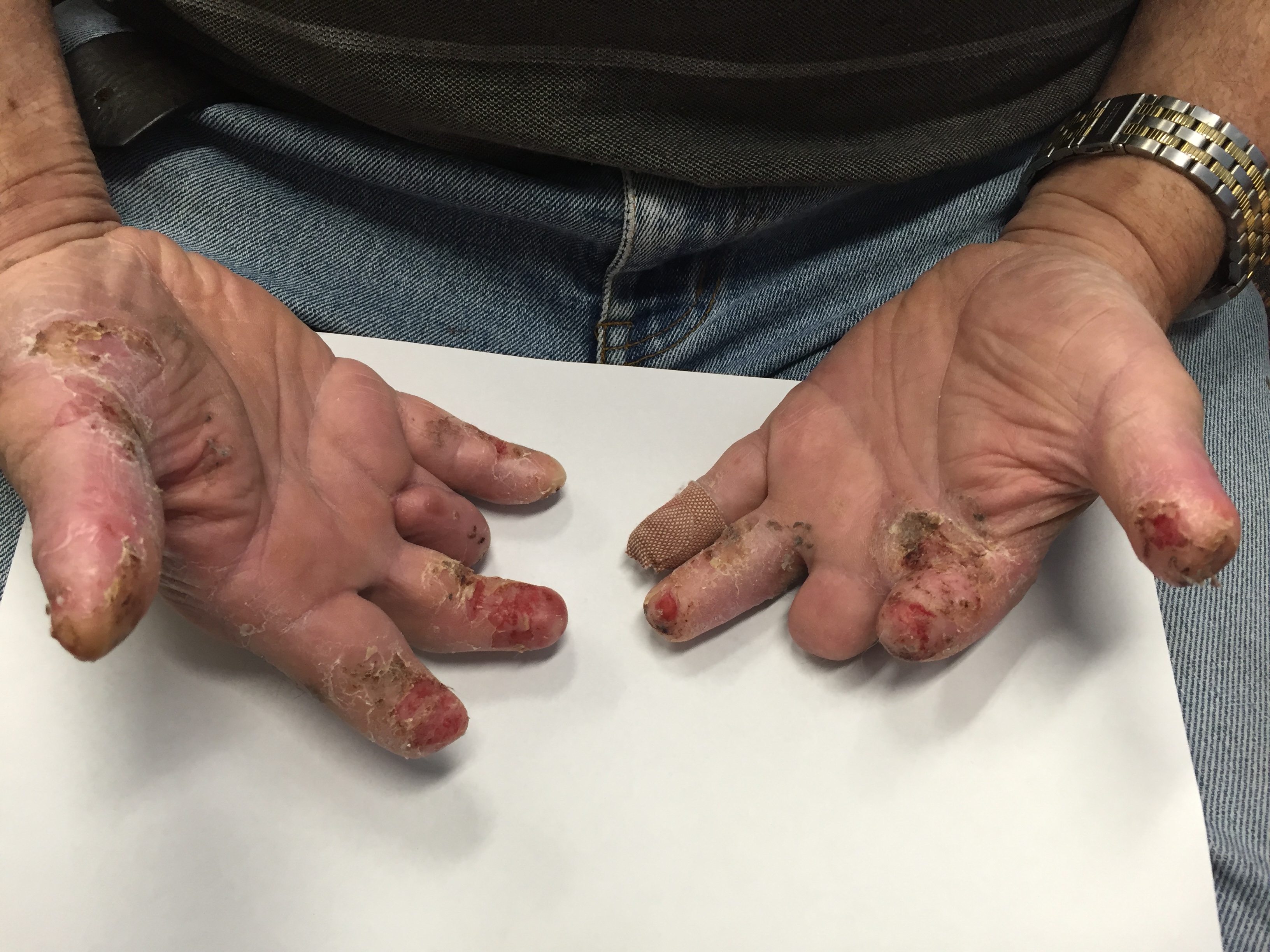