We aimed to determine if functional MRI is able to detect change in renal function in patients with type 1 Diabetes (T1DM).

We hypothesized that compared to controls, patients with T1DM have:

We further hypothesized that changes in T1DM patients are more pronounced in patients with compared to those without hyperfiltration.

32 patients with T1DM and 10 healthy controls underwent 3-Tesla MRI in a prospective study.Hyperfiltration was defined as a measured Glomerular Filtration Rate (mGFR)≥120mls/ min/1.73m2, and Stage1+ Diabetic Kidney Disease(DKD)as mGFR<120mls/ min/1.73m2 determined by 99mTc--diethylene-triamine-pentaacetate(DTPA).Based on intra and inter-reader concordances from two blinded readers (R1 and R2), we performed analyses on BOLD data for both readers and DTI data for R1 alone. MCR, FA and ADC values between: (i)T1DM versus Controls (ii)T1DM with hyperfiltration versus those without were analysed using Mann-Whitney tests.

There were no differences in functional MRI parameters between T1DM and controls apart from a lower mFA in T1DM.This finding, together with the lower cADC in the stage1+DKD group may potentially reflect disruption of medullary tubular architecture in progressive DKD. These findings should be interpreted with caution given the small patient population.Further studies in a larger cohort may demonstrate differences between different degrees of DKD using functional MRI. 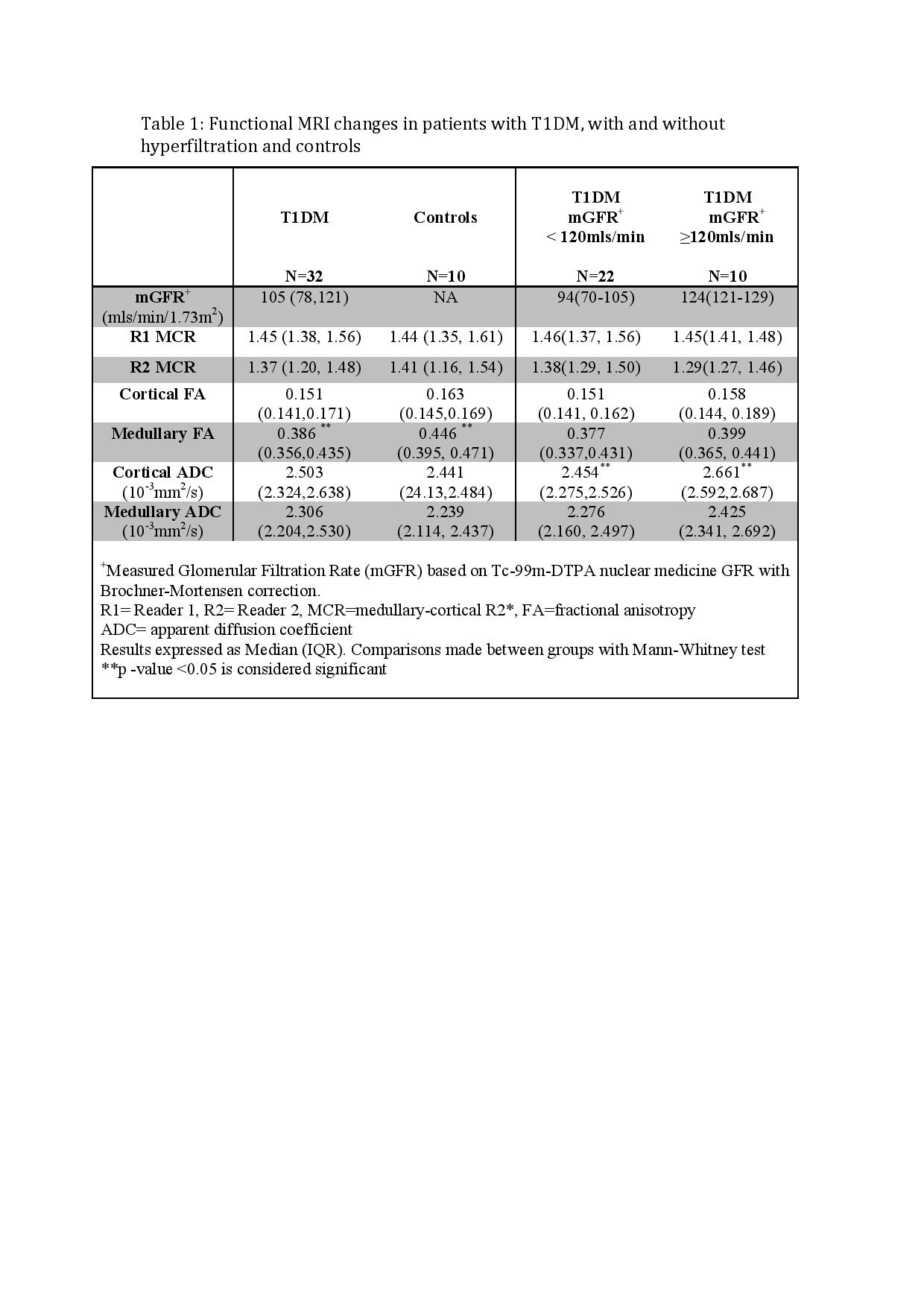