Low glucose level on glucose tolerance test during pregnancy: do we need to worry? (#312)

Background
Universal screening for gestational diabetes mellitus (GDM) had been performed at Sydney South
West in the past 20 years. Women were diagnosed with GDM following a 75gram oral glucose
tolerance test (OGTT). While those with elevated glucose levels were diagnosed with GDM, we
often observe women with low glucose levels, especially 2 hours after the glucose load.
Aim
To examine the characteristics of pregnant women with low glucose level following OGTT.
Methods
Between February and December 2015, the results of all 75gram OGTTs performed at South West
Area Pathology Service for pregnant women were recorded, and those with 2-hour glucose level
below 3.5mmol/L were identified. Demographic characteristics and pregnancy outcomes of these
women were documented, and were compared with women with GDM at the same period.
Results
Fifty-one women with 2-hour glucose level below 3.5mmol/L were identified (low-OGTT). Five
women had their 2-hour glucose level below 2.5mmol/L, and in one woman, it was as low as
1.7mmol/L. These women were younger, and in fact had a greater proportion with family history of
diabetes compared with women with GDM (table 1). However, the rate of obesity (body mass
index>25kg/m2) were not different to that of women with GDM. More of them were from Anglo-
European background, compared with those with GDM.
In terms of pregnancy outcomes, a significantly smaller proportion of women with low-OGTT had
caesarean section. None of the women with low-OGTT gave birth to neonates weighing over 4kg,
and fewer of them had neonatal hypoglycaemia. There was no peri-natal death.
Conclusion
Low glucose level following OGTT during pregnancy may signify insulin dysregulation following
glucose load, and its significance is unclear. Although the number of women in our low-OGTT groupwas small, it is reassuring that there were no major adverse pregnancy outcomes. 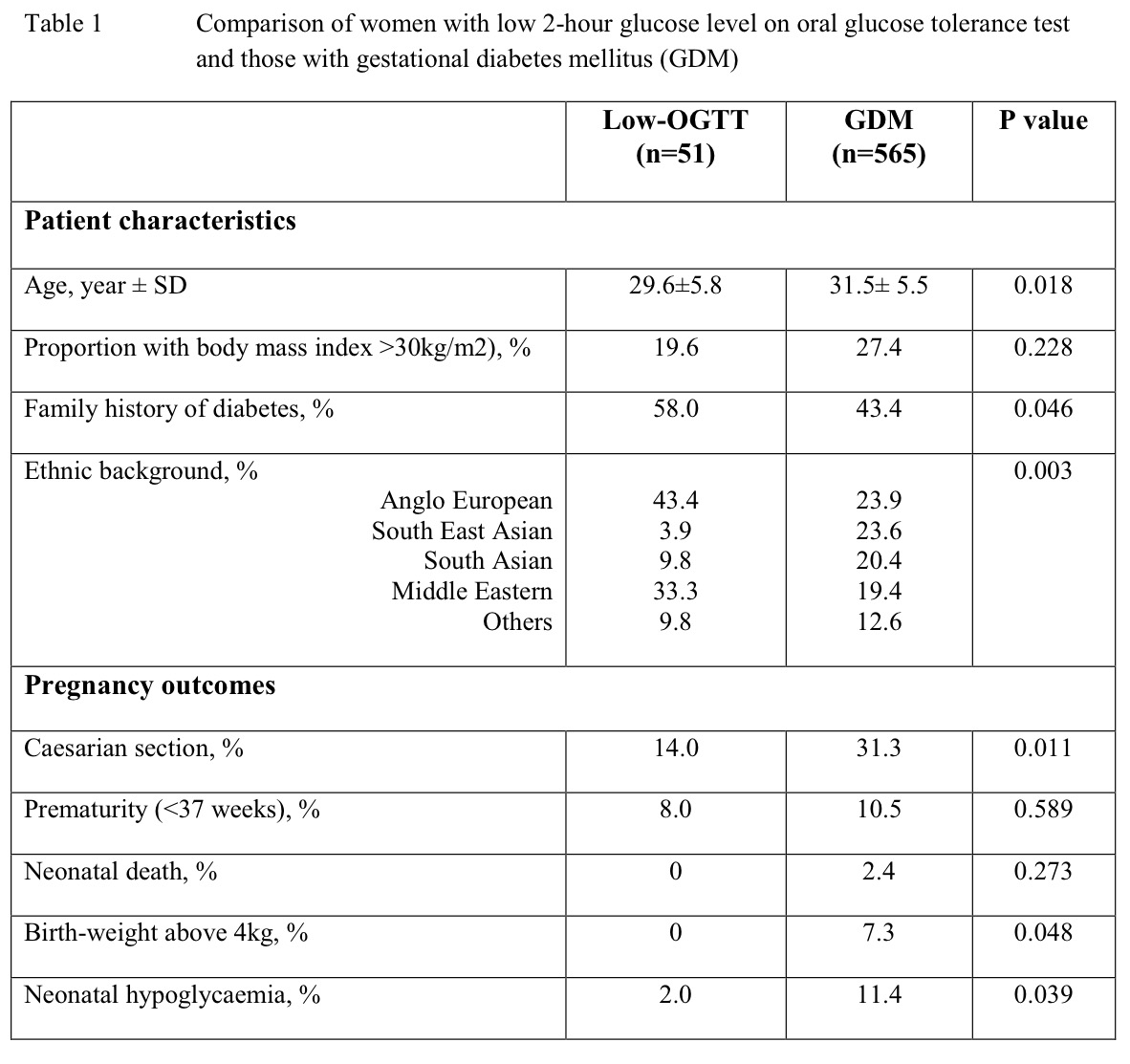