The loss of insulin-producing (beta) cells is central to the development of Type 1 diabetes (T1D). Beta-cell death occurs months to years prior to clinical T1D. Currently, we lack tools to quantitate beta-cell loss prior to T1D onset.

Our studies highlight the potential of circulating miRs and cfDNA in quantifying beta-cell mortality.  We show that as beta-cells are lost in established diabetes (reduction in C-peptide) there is a reduction of released miRs.  These miRNAs and insulin cfDNA are robust molecular markers of beta-cell death in Type 1 diabetes. 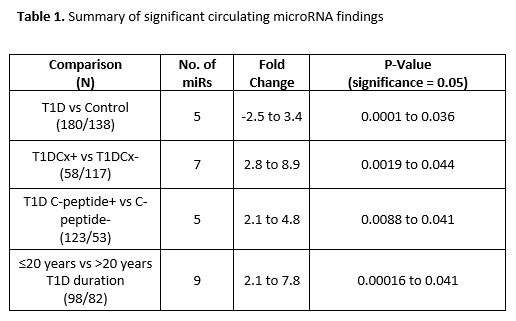